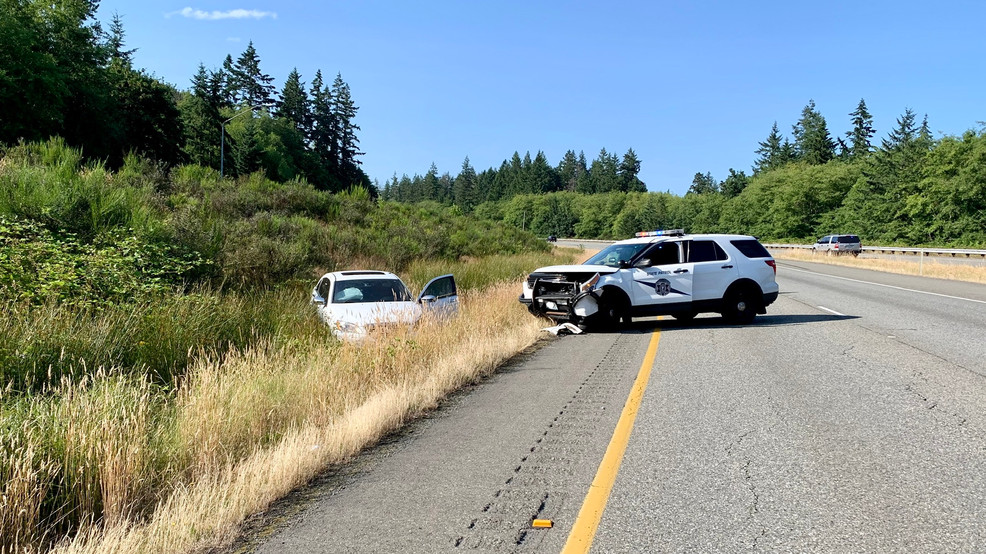 BREMERTON, WA – A Washington State Trooper was injured yesterday in an accident involving a wrong-way driver suspected of driving under the influence.

KOMO News reports that the accident happened on Washington Route 3 near Newberry Hill Road when the Trooper was trying intercept the white sedan.

The unidentified female officer was taken to the hospital with minor injuries and was later released.

The driver of the sedan, a 39-year-old woman from Quilcene, was not injured. She has been taken into police custody under the suspicion of driving while intoxicated.